Provision of adequate housing in cases of humanitarian crisis especially in refugee camps is one of the major challenges that stakeholders in an attempt to alleviate the suffering of individuals who are running away from their home. The problem is due to congestion and the lack of necessary materials needed to support for refuges. 3D printing technology is quickly finding application in various areas of life. Construction innovation is an example sphere of life in which 3-D printing is being applied primarily to produce materials for the building process. The 3-D printed materials are known for their host of benefits to the construction industry process such as cost effectiveness, environmental friendly and quality of the components that are utilized in the building of the various structures for different purposes.  The present paper is a case study of the Zaatari refugee camp.

Zaatari is a refugee camp situated in Jordan that is seen to gradually changing into a permanent settlement for people fleeing war especially in Syria and in other parts of the Middle East. According to the UNHCR, the camp was opened in 2002 and is currently home to 79,895 as at October 2016 with the individuals being Syrian refugees exclusively (UNHCR). There is an almost equal number of males as compared to females. The majority of the population is seen to be people of ages between 18 and 59 years old with an average percentage of 20% (UNHCR).  The community can be observed to connect to the road network by a short road that leads to the highway. Other physical structures include the existence of market-like buildings where food and vegetables can be bought along the major streets. At the same time the presence of coffee shops and a kiosk where shisha is smoked by the community members. Some of the current programs in the camp include the cash for work program in which the refugee agencies and partners are trying to provide opportunities to the residents in a bid to improve their livelihoods. The refugees are remunerated for taking part in some of the partner programs.  It can be noted that over 574,580 JD has been in the initiative with 4,794 workers having benefited from the initiative.

Despite such initiatives to improve the livelihood of the residents it is noted that housing problems continue to rise given the fact the population is ever growing. The persisted of the Syrian conflicts is seen to constantly lead to an influx of refugees almost on a daily basis. The need for constructing more houses and other infrastructure has never been urgent. Education and healthcare services are critical to the survival of the camp. Besides the basic services mentioned it can be observed that other essential infrastructures such as water and sewerage system are required to boost the sanitation on the site. The primary housing system that is currently deployed for use in the camp is in the form of prefabricated caravans (UNHCR). The caravans are known for their efficiency observed in the portability.

The UNHCR reports that 24,000 caravans are needed by the residents on a monthly basis. The main challenge is that the available housing facilities cannot meet the demands of the growing refugee population. Congestion is reported in the settlement with the individuals left to scramble for the little spaces with their children. Such conditions are not only fit for human wellbeing but also the present risk of contracting water and airborne diseases. The challenges in the settlement are further compounded by few health facilities and delivery units. Dire cases have been reported in which mothers are forced to deliver without the assistance of a medical practitioner or even a midwife.

In the effort to upgrade the camp into a permanent settlement, more and reliable and housing options are required. There is a need to build educational, social and health facilities. The building of institutions may thus be necessary to provide the listed essential services. Due to the listed problems and the necessity of the missing facilities, it is important to find a sustainable housing solution to serve the residents towards the long-term improvement of livelihood. A sustainable initiative towards the provision of the housing should entail low cost and reliable materials to help in the rebuilding of the lives of the individuals who are rendered homeless due to effects of war. In most cases, the materials of choice for camp scenarios include the application of prefabricated materials such as tents and caravans.

Retrospectively, a problem solution essay associated with the materials is that they are costly with a reduced chance of availing them to all the affected members (UNHCR). In using 3D model in Zaatari camp, the initiative seeks to provide cheaper and quicker construction alternative in which case the residents are assured of an improved quality of livelihood. People will be able to access quality healthcare in peaceful settings. 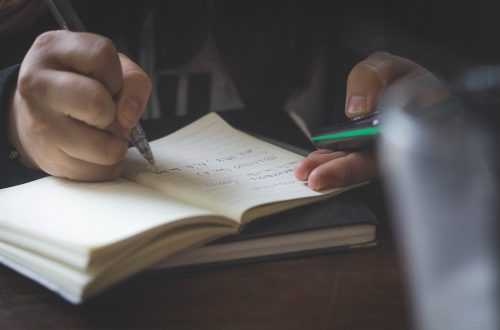